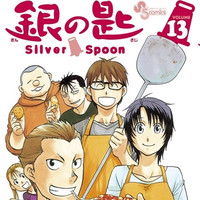 It is announced on the 52nd issue of Shogakukan's Weekly Shonen Sunday, which is officially published today in Japan, that a serialization of Hiromu Arakawa's farming-themed manga Gin no Saji/Silver Spoon will resume on its 5th issue of 2016 to be published on January 27 of next year. The manga started its serialization on the magazine in 2011, and the latest 13th tankobon volume was released in June of this year.

The manga took its first break for eight months from August 2014 to April 2015 to take care of the author's family member in sickness. After temporarily published three chapters to complete the 13th volume in April, it have had to go on hiatus again for another eight months since then. Meanwhile, the author's another current serialization work, a manga adaptation of Yoshiki Tanaka's fantasy novel The Heroic Legend of Arslan, has been continued without break on Kodansha's Bessatsu Shonen Magazine. 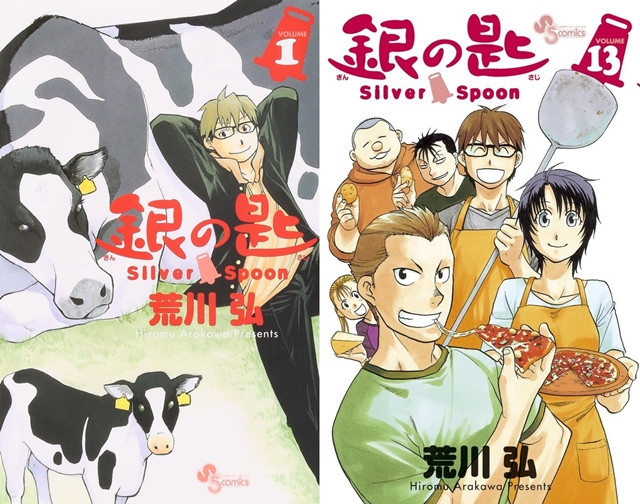