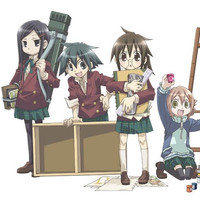 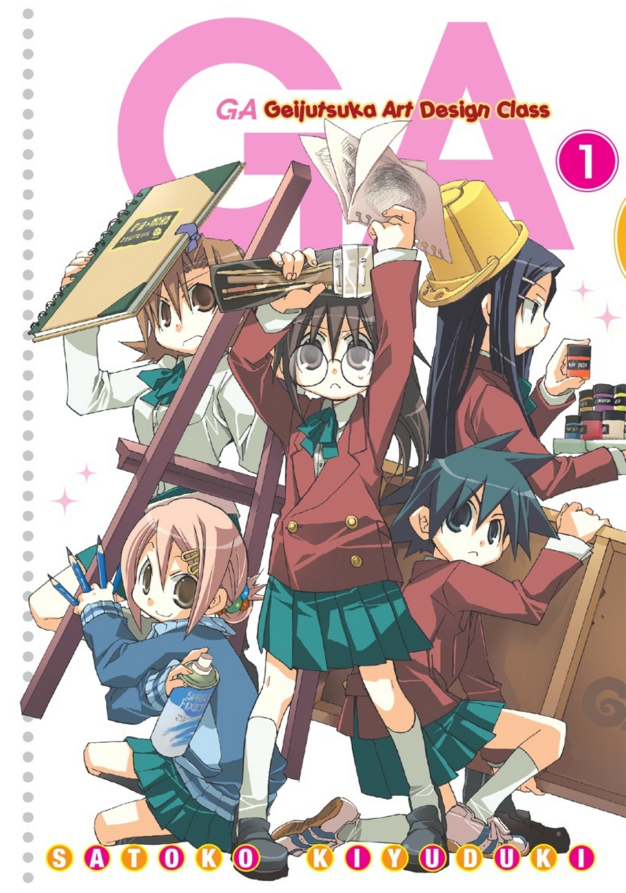 GA Geijutsuka Art Design Class, a humorous 4-panel comic by Satoko Kiyuduki, is concluding its serialization after running for 10 years in Houbunsha's Manga Time Kirara Carat seinen manga magazine. The final installment of the series about an eccentric class of students learning the principals of art and design will run in the February 2016 issue of Manga Time Kirara Carat, which will be published in Japan on December 28, 2015. 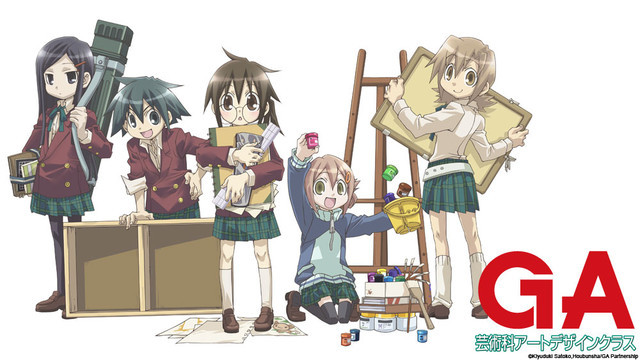 GA Geijutsuka Art Design Class was adapted into a TV anime in 2009, which is available via streaming on Crunchyroll. An English language version of the manga is distributed digitally by Yen Press.