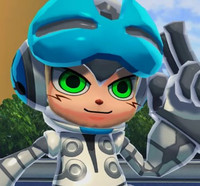 The latest trailer for Mighty No. 9 is really pushing the GamePro-approved "Fun Factor," highlighting a bunch of the action and replayability that awaits in the latest from Keiji Inafune and Comcept. See some of the extra modes available, from Boss Rush to One Hit Death Maniac Mode, in the preview below.

"Mighty No. 9" Delayed to Spring, This Time Due to Network Issues