Speaking of "Kizumonogatari," Vertical's North American release of the light novel is out this month 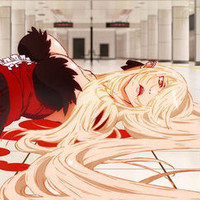 Ahead of the January 8th opening, a second preview has been posted of the long awaited SHAFT animated adaptation of Kizumonogatari. 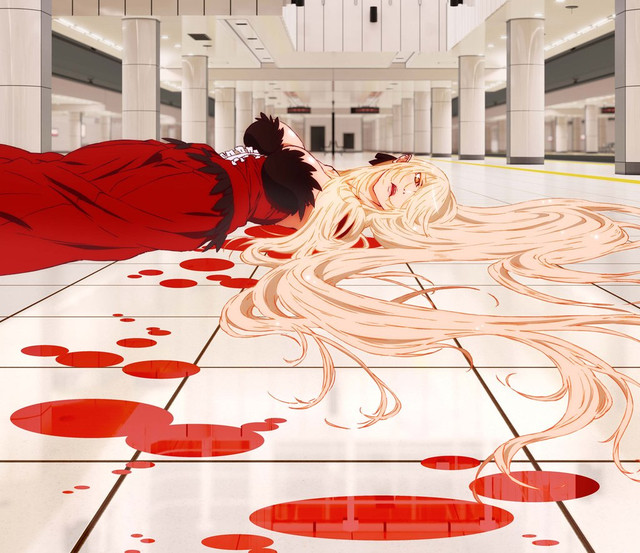 Kizumonogatari is Nisio Isin's third Monogatari, with the story "Koyomi Vamp," which follows Koyomi Araragi before the events in Hitagi Crab, focusing around his encounter with the vampire Kiss-shot Acerola-orion Heart-under-blade.

In October Aniplex of America posted an English trailer and site.

She was blindingly beautiful, yet chillingly terrifying. She was a painfully merciless, legendary vampire, with missing limbs.

This is where the “MONOGATARI” begins.

Written by NISIOISIN, “KIZUMONOGATARI” is to be adapted into a trilogy: “Tekketsu,” “Nekketsu” and “Reiketsu.”

Brought to you by the renowned director Akiyuki Shimbou and studio SHAFT, the creators of the MONOGATARI series and Puella Magi Madoka Magica, this is the origin of the “story of apparitions” depicted in BAKEMONOGATARI. 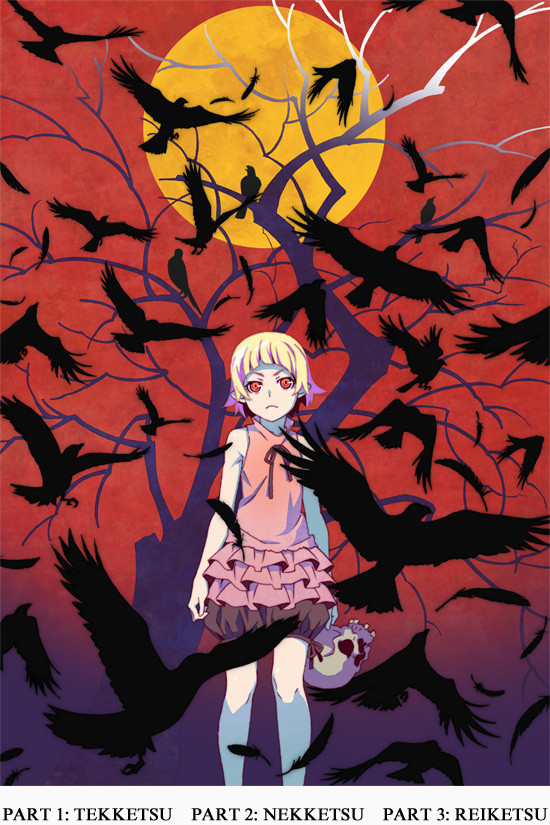 Speaking of Kizumonogatari, Vertical's North America release of the light novel is out this month.

I posted 6 photos on Facebook in the album "December 2015" https://t.co/RtaNLJF0bB 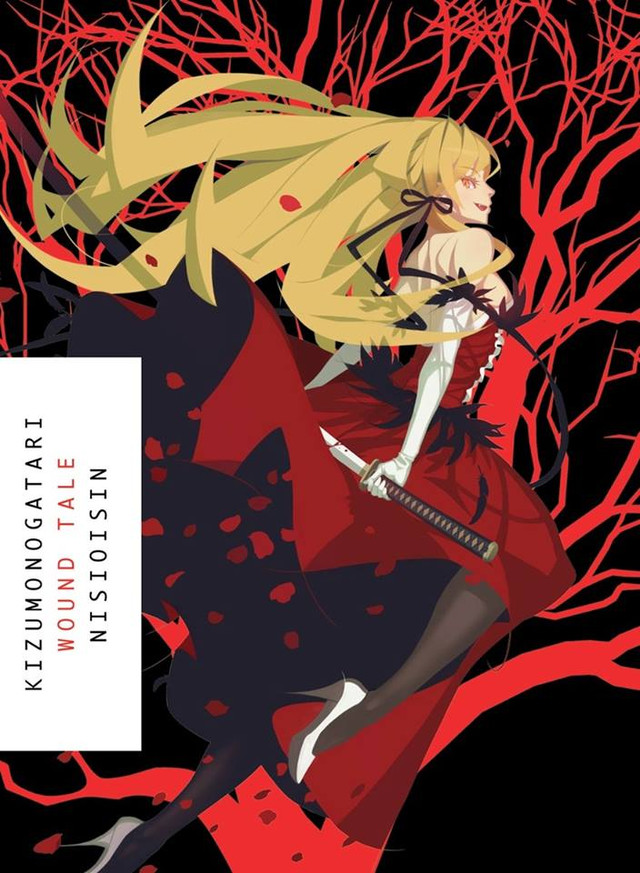