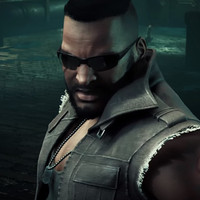 If yesterday's Final Fantasy VII Remake gameplay footage has your mind exploding with questions, you'll get at least a little bit of insight in a conversation video Sony posted with producer Yoshinori Kitase. After waxing nostalgic about the series and the positive reception of FFVII, he talks about the ways hardware has evolved since, and what that means for the way Remake will play.

One of his key quotes concerns the action: "The previous Final Fantasy VII was a command-based RPG that utilized active-time-battle. Real-time and GMC are the trends these days. I can't say the new game is completely action-based, but it has more of that element and real-time than the previous game." See what else he had to say below.