Advance tickets go on sale in Japan on December 19 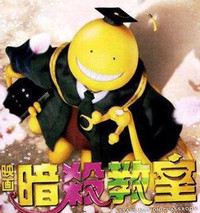 At the end of November it was revealed that the second season of the Assassination Classroom anime is set to premiere on January 7, 2016, and it looks like the second live-action film adaptation won't be too far behind. According to an announcement in the first 2016 issue of Weekly Shonen Jump, the second movie, Assassination Classroom: Sotsugyō-hen (Graduation Edition), has a date with Japanese theaters on March 25, 2016.

Advance ticket sales kick off on December 19, with the first 50,000 buyers able to nab an exclusive clear file. If you missed any previous reports on the sequel, see this story for some spoilery cast information.

RECS: Check Out These 11 Shonen Series Now On Crunchyroll!