It starts of with lead Mikazuki, who will be played by Kyle McCarley 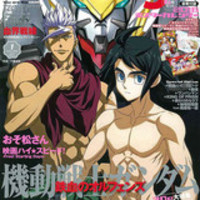 The Gundam Global Portal has begun announcing the English dub cast for this season's new Gundam Iron-Blooded Orphans installment of the sci-fi mecha war franchise. It starts of with lead Mikazuki, who will be played by Kyle McCarley.

[IRON-BLOODED ORPHANS ENGLISH DUB]Thank you very much for waiting!We're happy to start to announce English cast from...

Five Chill Anime to Shake off the Winter Blues