"Naruto" developer CyberConnect2 is assisting with the remake 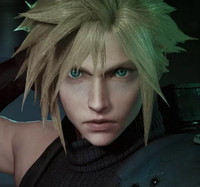 Square Enix has been following up on its latest showcase of Final Fantasy VII Remake with some additional info in the form of press releases and interviews. One of the most revealing tidbits came from the former, with Square Enix's post-PlayStation Experience release describing Final Fantasy VII Remake as being "told across a multi-part series, with each entry providing its own unique experience."

Speaking with Dengeki Online, producer and original director Yoshinori Kitase said, "From the beginning, we thought a Final Fantasy VII remake would be bigger than a single release."

Character designer Tetsuya Nomura added, "If you did get it into a single release, there would be things we'd have to put into a shortened compilation … Since we thought there would be stuff we would probably have to pare down and supplemental things we probably couldn't add, we decided to divide it up, concluding that we have to do a remake that's fully packed with content."

Basically Square Enix wants to take the substantial content from the original Final Fantasy VII and present it as shown in the recent gameplay trailer, which is quite the undertaking. Thankfully they'll have some help along the way, as Kitase and Nomura told Famitsu that developer CyberConnect2 (Naruto fighters, .hack, Asura's Wrath) is assisting with development of the remake. CyberConnect2 previously assisted on smaller games like Final Fantasy VII G-Bike, but this will be their first time helping with a main entry.