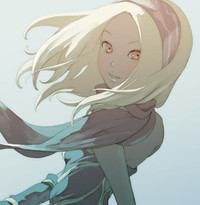 Sony and Gravity Rush director Keiichiro Toyama recently presented a 27-hour Gravity Rush Remastered live stream, and we have about 11 minutes of fresh footage from Gravity Rush 2 out of the event. Among the details was a little more info on the upcominc anime, which depicts events between the first game and its sequel and has a "very good production company" working on it, as well as a bunch of details on the game itself.

Highlights include the preparation of communication features like sending in-game photos to friends, the return of all main characters from Gravity Rush, a longer experience with a field 2.5 times larger, an alternate dimension full of variety, and plans for additional costumes and downloadable content.

Here's the footage from the livestream:

See How The Live-Action, Room-Spinning "Gravity Rush 2" Commercial Was Made