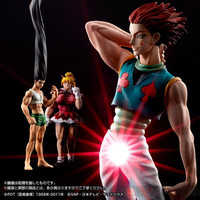 After releasing their famous powered up Gon and buff Biscuit figures, Bandai Premium's Next Vendor's Innovation is back with another attention grabbing Hunter x Hunter figure. Lethal clown Hisoka is now on sale, with the 15cm figure HG (Hisoka's Glory rather than High Grade) going for 4,444 yen (tax included) ahead of a May 2016 release. Oh, and he has a secret switch to activate a light gimmick to recreate the famous scene where Gon's potential excited him. 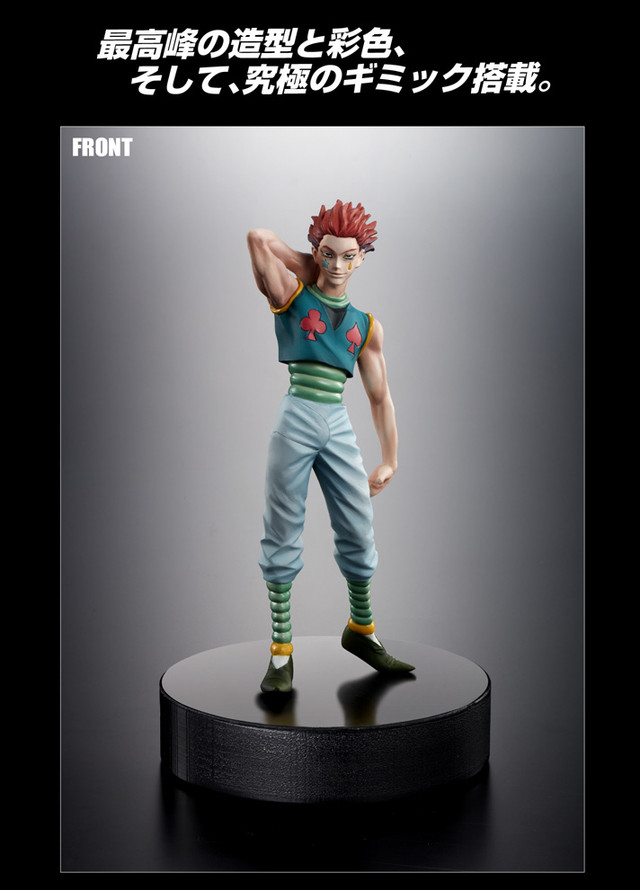 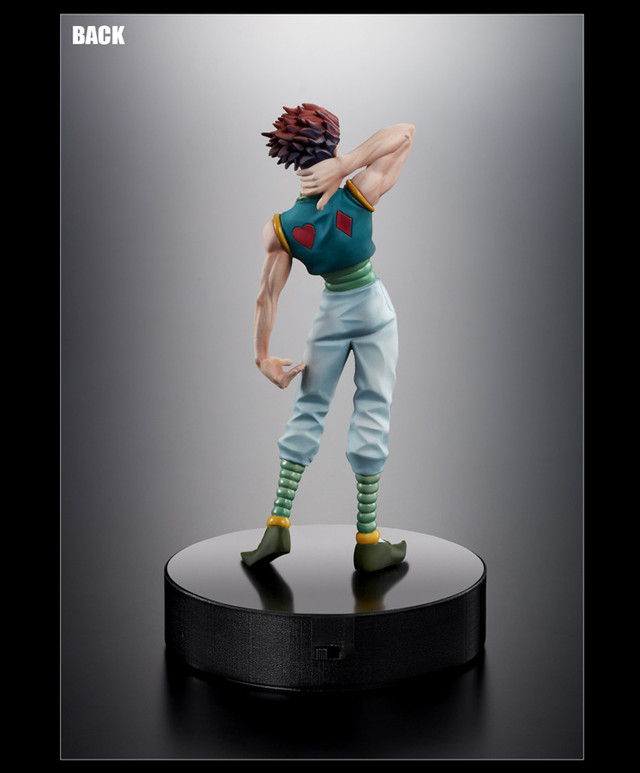 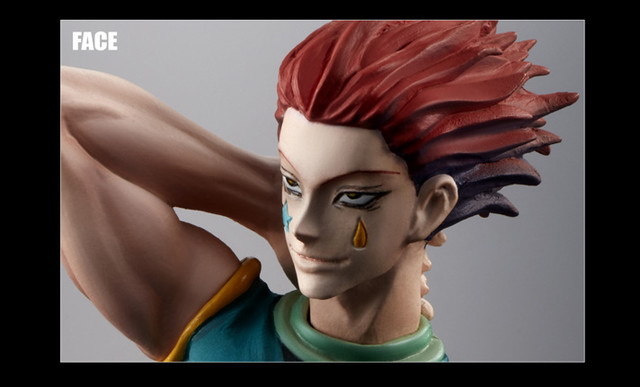 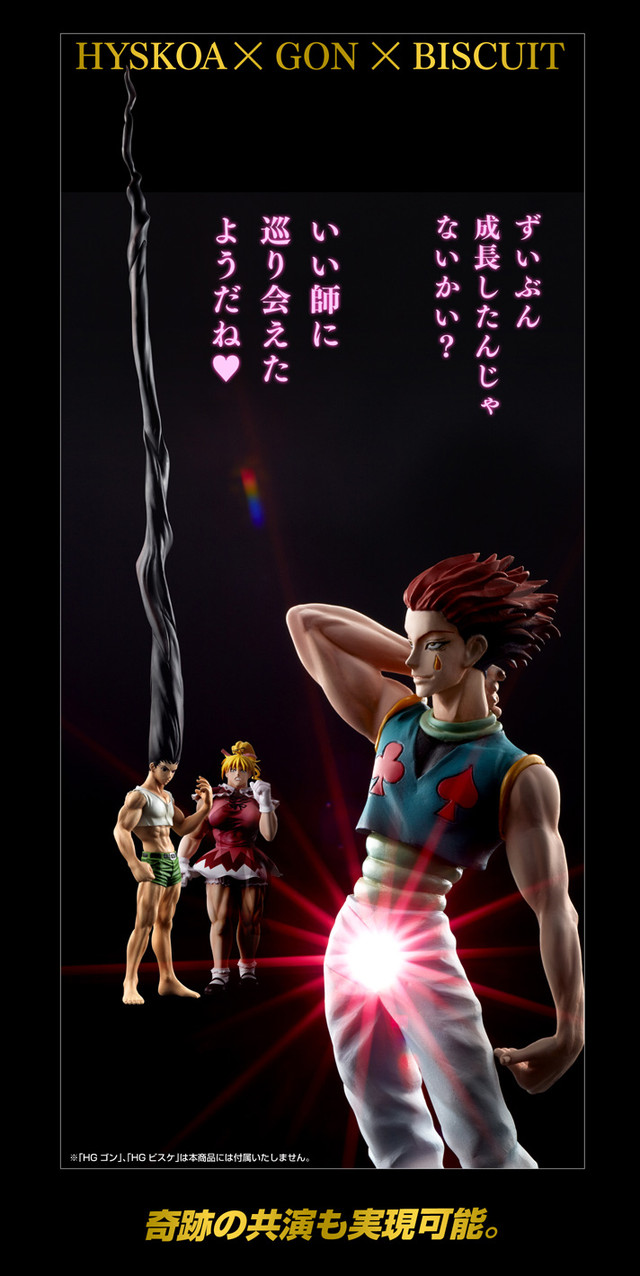