To which Bleach fans responded "don't worry. Our series started its final chapter three years ago!" 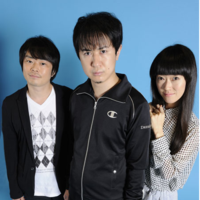 There's been a fair amount of speculation recently that a number of Shonen Jump mainstays, such as Toriko and Gintama will be wrapping up in 2016. Gintama author Hideaki Sorachi wasn't allowed out of the gorilla enclosure to personally stoke those concerns, but he did send a letter to this weekend's Jump Festa event, to be read by the anime adaptation's principal cast, Rie Kugimiya (Kagura), accompanied by Tomokazu Sugita (Gintoki Sakata) and Daisuke Sakaguchi (Shinpachi Shimura).

"Since the anime is in serious mode, there are a lot less lines so I think the voice actors are being paid more than they deserve. The manga’s in serious mode too, so after the current “Shinpachi Loses His Tsukkomi Role” arc, the arc that starts next year will likely be the final arc of Gintama.
Speaking of the final arc, there are still lots of loose ends that haven’t been tied up. For example, the business with Shouyou-sensei, Roger’s treasure, the whole deal with the Quincys…There’s still a lot to cover, so I think the manga will carry on until all of Sugita’s stubbly hair falls out.
(Sugita: If that’s the case, Gintama might last for another 20 years!)"

To which Bleach fans responded "don't worry. Our series started its final chapter three years ago!"

via Yaraon and Yorozuya Soul