While the availability will be limited to certain regions, which ones has not been announced 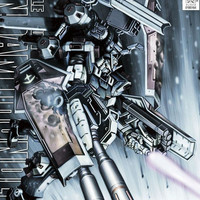 The official Gundam Info site has announced that Mobile Suit Gundam Thunderbolt will stream online for free between December 25th and January 7th. While the availability will be limited to certain regions, which ones has not been announced.

After screening at the Gunpla Expo World Tour Japan 2015 the 18-minute first episode of the adaptation of Gundam Thunderbolt, an older audience seinen manga running in Big Comic Superior from Moonlight Mile author Yasuo Ohtagaki, will be offered to Japanese fans for rental at 250 yen at 12:00 am on December 25.