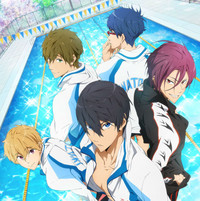 It's the sexy swimmers, now in English! Streaming service Crunchyroll has announced the addition of the English dub for season one of Free! - Iwatobi Swim Club. The sports anime's full 12 episode season is available now. 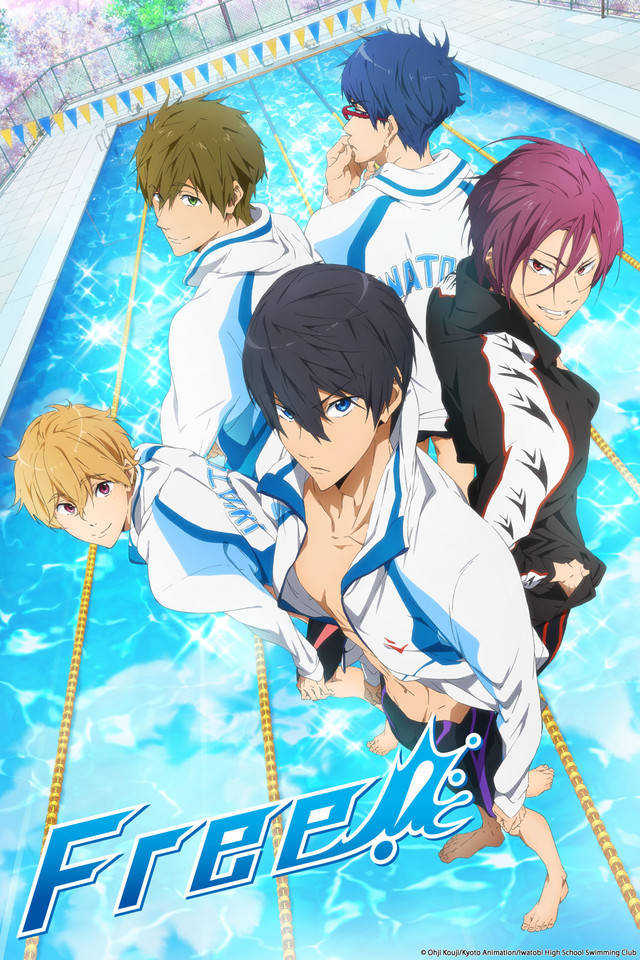 Nanase Haruka loved to be in the water - loved swimming. In elementary school, Nanase Haruka, Tachibana Makoto, Matsuoka Rin, and Hazuki Nagisa attended the same swimming class together. Time passed, and as Haruka was living an uneventful high school life, he suddenly encountered Rin again. Rin challenged Haruka to a race and showed him how much stronger he had become. Soon enough, Makoto and Nagisa also rejoined the group, and along with a new classmate, Ryugazaki Rei, they established the Iwatobi High School Swimming Club.