The film will be directed by Naoko Yamada (K-On!) with animation provided by Kyoto Animation. Shochiku will distribute the film in Japan 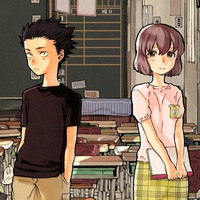 Production/distribution company Shochiku has published a list of films planned for 2016/2017 on its movie news site. Among the listings, they have the anime adaptation of the acclaimed manga A Silent Voice slated for fall 2016. The new Haganjima vampire action manga adaptation is also listed for fall.

A Silent Voice, a manga by Yoshitoki Oima about a boy who can hear and a girl who cannot, is going to be adapted into an anime theatrical film. The film will be directed by Naoko Yamada (K-On!) with animation provided by Kyoto Animation. Shochiku will distribute the film in Japan.

The story involves a boy named Shoya who initially bullies a girl named Shoko for her inability to hear, after which Shoya himself becomes the target of bullying. Years later, Shoya wishes to make amends. Crunchyroll subscribers with Premium memberships can read the A Silent Voice simulpub here.