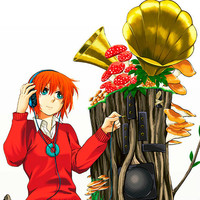 With preorders closing January 5th, a preview conversation between the leads has been posted for the drama CD, presented with the limited edition of volume 5 of Kore Yamazaki's supernatural fantasy/mystery The Ancient Magus' Bride. This is to be released in Japan on March 10th, 2016.

Seven Seas, who launched the manga in North America this spring, describes it: