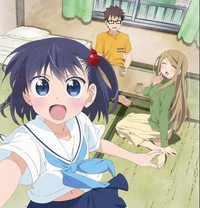 Crunchyroll's latest winter 2016 anime addition is Ooya-san wa Shishunki!, which is set to broadcast on Crunchyroll every Sunday starting January 10 at 7:30am Pacific Time.

Ooya-san wa Shishunki! will be available to Crunchyroll members worldwide except for Asia. 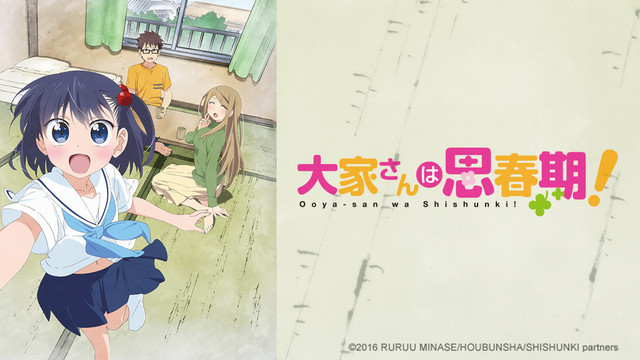 Adapted from the manga of the same name by Ruru Minase, Ooya-san wa Shishunki! stars Yurika Kubo (Hayano Koizumi in Love Live! School Idol Project) as Chie Satonaka, Erii Yamazaki (Makoto Ogawa in Re- Kan!) as Yuki Miyamura, and Ibuki Kido (Shiki Magata in The Perfect Insider) as Mayu Ueno. The series is being produced by Seven Arcs Pictures, known for their work on other titles such as Trinity Seven and Mushibugyo.

Ooya-san wa Shishunki! follows the antics of Chie Satonaka, a middle schooler who is a landlord. Though she appears a little girl, at times, she behaves more like a grandmother, doing all the cleaning, cooking and housework around the apartment. Despite her responsibilities, she still enjoys a normal middle school life with her friends.