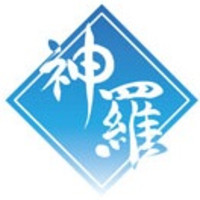 Square Enix announced that it will be closing Shinra Technologies, which was initially established "with the aim to build a cloud-gaming platform with supercomputer-class capabilities." Former CEO Yoichi Wada was leading the division, and the dev kit was released back in July 2015, followed by a U.S. beta test.

The tech was nominated for Japanese trade association CEDEC's 2015 engineering award, and external studios Shinra Technologies worked with include Republique developer Camouflaj. The shutdown comes as a result of an inability to find prospective investors to raise funds for further business operations.

According to Square Enix, Shinra Technologies is currently undergoing the liquidation process. In a statement to Gamasutra they added, "Square Enix Group will keep its confidence in cloud-gaming, and we will continue to develop our business using cloud technologies to deliver the new gaming-experiences to the world."