"Final Fantasy Adventures" Is Coming Westward As "Adventures of Mana"

No PS Vita version, but Western fans get the mobile edition 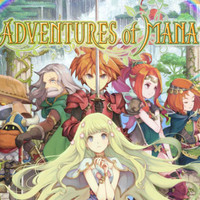 Instead, the game will be released for both iOS and Android for western audiences, Square Enix has announced. Unfortunately, the PS Vita version that's releasing in Japan this winter wasn't mentioned, so it looks like anyone looking to experience the title will be relegated to mobile.

Still, it's great news that Adventures of Mana will be receiving a translation, especially since so many Square Enix fans haven't gotten a chance to play the original. At the very least we'll have something to hold us over until the next Final Fantasy release!

VIDEO: "Adventures of Mana" Hits iOS and Android on February 4