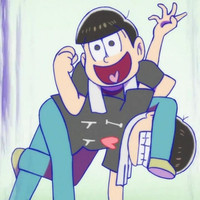 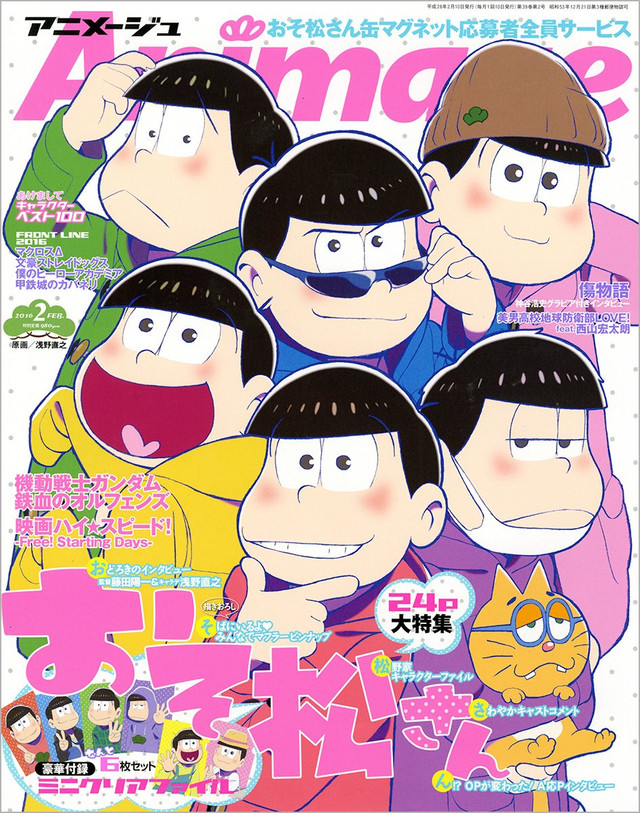 When the February 2016 issue of Tokuma Shoten's Animage magazine was released on January 09, 2016, it sold out almost immediately, in part because of the popularity of Mr. Osomatsu, which was featured on the cover. The issue also included clearfile mini-posters of all six of the Matsuno siblings as a bonus. 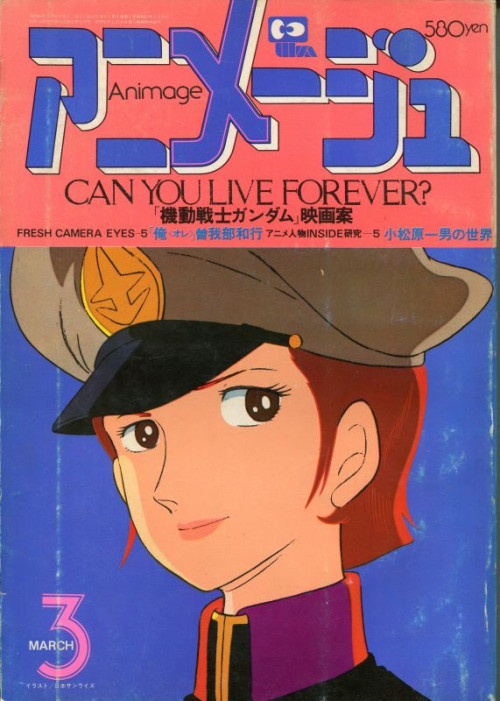 Due to overwhelming popular demand, Tokuma Shoten is issuing a 2nd printing of the February 2016 issue, something that hasn't been done in nearly 36 years. The last time a 2nd printing was offered was for the March 1980 issue of Animage, which featured Matilda Ajan from Mobile Suit Gundam on the cover.