Plus some fanart that series artist Yusuke Murata retweeted 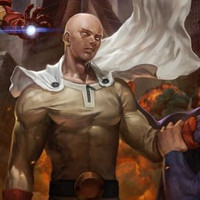 Times change. It's no longer Goku throwing down with AmeComi's heroes in fan art. Now, handing down the hurt on the Justice League and Avengers, it's Saitama and a great example of that Korean game concept artist Lee Woo-chul's take on One-Punch Man versus Marvel's Captain America and Iron Man and DC's Superman and Batman. 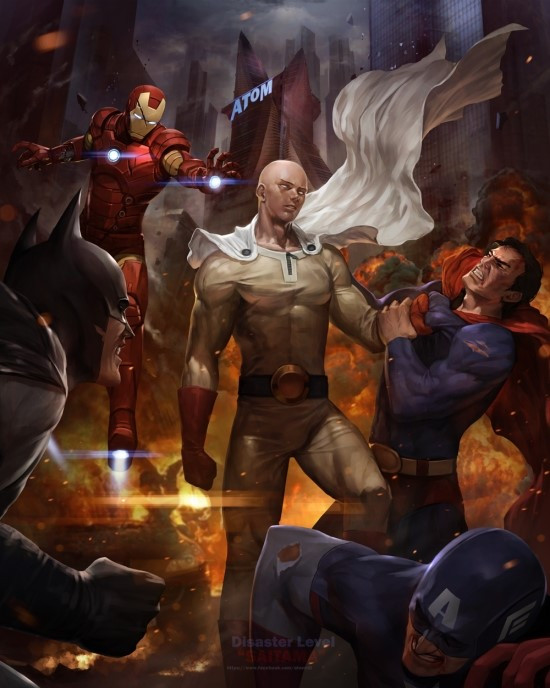 Elsewhere, here's some fanart that series artist Yusuke Murata retweeted... yep, he retweeted that second one...