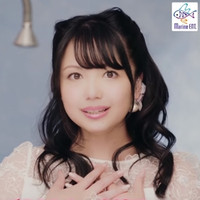 27-year-old anime voice actress Shiori Mikami, best known as Akari Akaza in YuruYuri and Krista Lenz in Attack on Titan, will release her new solo single "Stand by" from Marine Entertainment on March 30. It is the theme song for "Mikassho!," her own show in the Cho! A&G web radio station. She has hosted the show since last October.