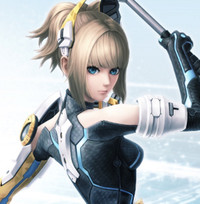 Last month Sega announced plans to bring Phantasy Star Online 2 to PlayStation 4 in Japan this spring, while those of us in the west just kind of sat around twiddling our thumbs. That aspect isn't going to change any time soon, but Sega did follow up with a concrete release date. Service will officially kick off in Japan on April 20, with the closed beta set to run from February 25 to March 6.

Sega will be accepting 50,000 people into the beta, and applications will be accepted through a PlayStation Store download ticket between January 25 and February 15. 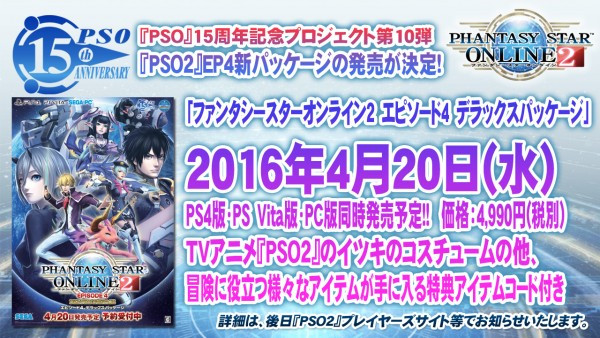 When the PS4 version launches there will also be an Episode 4 package available on PS4, PS Vita, and PC. The ¥4,990 ($43) download will include a variety of items and a Phantasy Star Online 2 The Animation Tachibana Itsuki costume.