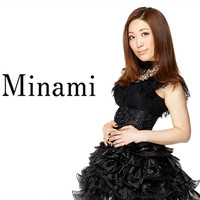 39-year-old anison singer Minami Kuribayashi announced on her offcial blog yesterday that she changes her stage name from the original "Minami Kuribayashi (栗林みな実 in Japanese)" to just "Minami" from this year. She made her professional debut in 1997, and reaches 15th anniversary this year.

She has released 31 singles and seven original albums since 2002, and is well known for her theme song

Suit Gundam AGE, Total Eclipse, Medaka Box, The Devil Is a Part-Timer!, Infinite Stratos 2, and the most

(including its original adult PC game) and Erstin Ho in Mai Otome.