The band has provided three theme song for the anime 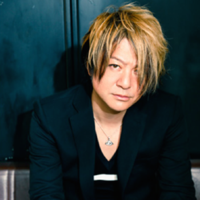 The official website for four-member Japanese rock band GLAY has confirmed that its 44-year-old lead singer will make a guest appearance in the upcoming 43rd episode of the second season of the TV anime Daiya no Ace/Ace of Diamond. to be aired in Japan on February 1. His character has kept secret. He previously made two guest appearances as himself in the short anime series Ohayo Hakushon Daimao in September 2014.