Live-Action "Ghost in the Shell" Moves to Paramount 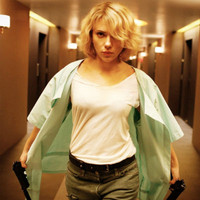 Variety has reported that while DreamWork's Ghost in the Shell live-action adaptation is keeping its March 31, 2017 planned release date, distribution of the project is moving from Disney to Paramount. Paramount Pictures is also financing Hollywood's take on the Japanese sci-fi, starring Lucy team of Scarlett Johansson and Pilou Asbæk with Rupert Sanders (Snow White And The Huntsman) directing.

Variety describes the premise for the movie:

Based on the internationally-acclaimed sci-fi property, “Ghost in the Shell” follows a female special ops cyborg who leads an elite task force called Section 9 for Hanka Robotics. Section 9 is devoted to stopping the most dangerous criminals and extremists, led by The Laughing Man whose singular goal is towipe out Hanka’s advancements in cyber technology.

Medabots S Mobile Game to Team Up with Ghost in the Shell: SAC_2045