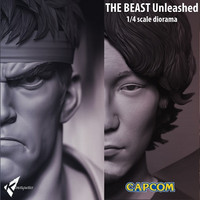 Kinetiquettes, a maker of high-quality statues and collectibles, is teaming up with Madcatz and Capcom to create a 1/4 scale diorama immortalizing professional gamer Daigo "The Beast" Umehara and two of his favorite playable characters from the Street Fighter video game series. 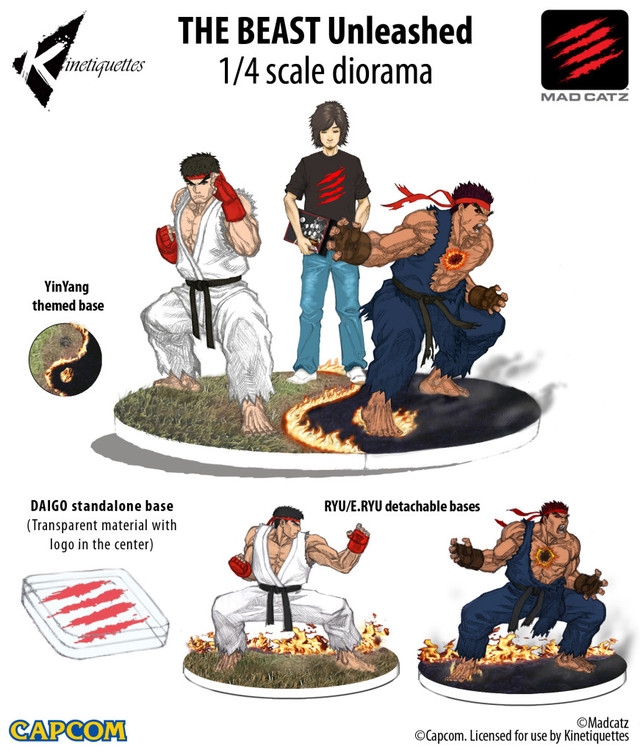 Kinetiquettes describes the project as follows: "This project is a partnership between Kinetiquettes, Capcom, Madcatz and Daigo Umehara to introduce the first of its kind collectible for fighting game fans and collectors . The diorama depicts  Ryu and Evil Ryu, in a Yin Yang themed base as these characters were primarily used by Daigo in Street Fighter IV. It celebrates the end of the era which rejuvinated fighting games and gave the world a glimpse at some of the greatest players in the community. Daigo Umehara won multiple EVO world championships and tournaments and placed top 8 consistently over the years. The diorama comes with all three characters giving fans the option to display each character separately or together as they see fit." 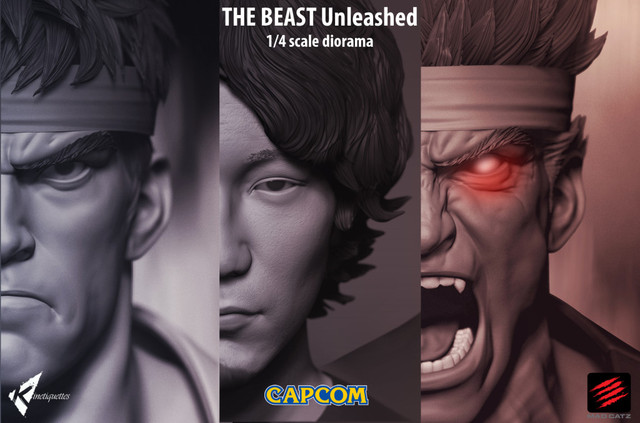 Pricing and release date information are not yet available, but will be announced at the official Kinetiquettes web site (available here) at a later date.