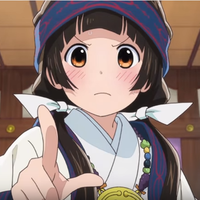 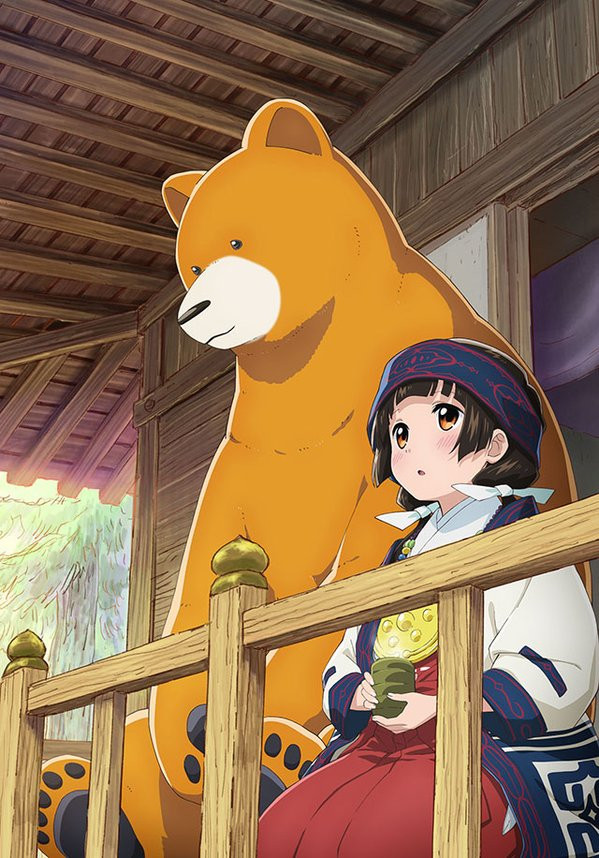 Kumamiko - Girl Meets Bear, a TV anime comedy about a shrine maiden from a rural mountain town who wishes to attend school in the big city and her friendly bear companion who wishes to help her acclimatize to the stresses of urban living, has announced who will be performing the opening and ending themes for the show.

The opening theme, which is entitled "Datte, Gyutte-shite" ("Please, Squeeze Me Tight."), will be performed by Maki Hanatani, a member of Fullfull☆Pocket. The song's lyrics and music will be composed by Bonjour Suzuki, who also performed the opening theme "Ano Mori de Matteru" for Yurikuma Arashi. 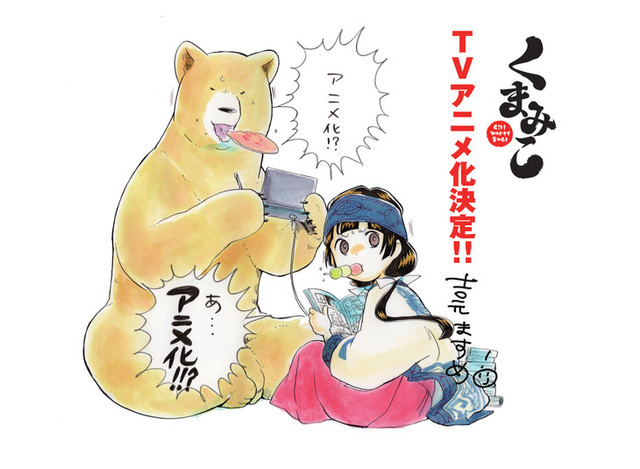 The ending theme, which is entitled "KUMAMIKO DANCING", will be performed by Natsumi Hioka and Hiroki Yasumoto in-character as shrine maiden Machi Amayadori and bear Natsu Kumai, respectively.

Kumamiko - Girl Meets Bear is based on the manga of the same name by Masume Yoshimoto, which is published in Media Factory's Monthly Comic Flapper seinen manga anthology magazine. The TV series is directed by Kiyoshi Matsuda and features animation by Kinema Citrus and EMT Squared. The series begins its Japanese broadcast in April of 2016.