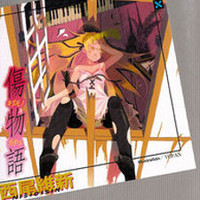 Along with December's print version of NISIOISIN and Vofan's Monogatari's prequel novel KIZUMONOGATARI: Wound Tale, Vertical has an audio book version coming this spring, along with one of Attack on Titan light novel The Harsh Mistress of the City. A reader listing has been spotted with Erik Kimerer as Araragi, Cristina Vee as Kissshot and Hanekawa and Keith Silverman as Oshino. 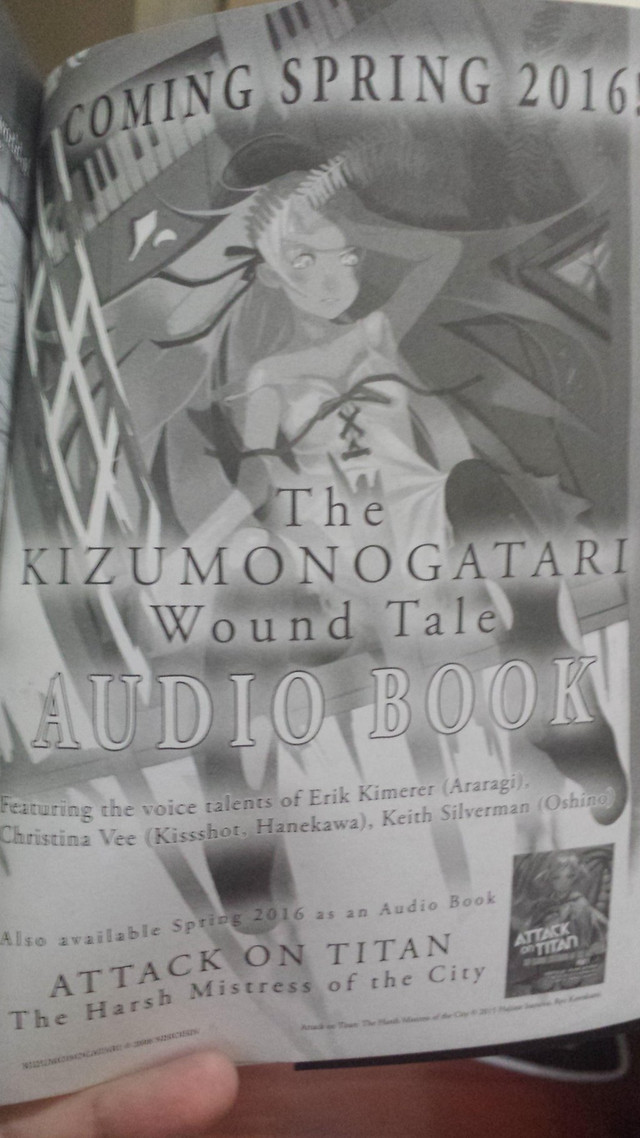