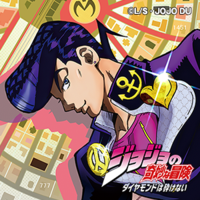 It's only half a season until Jojo's Bizarre Adventure anime returns with spring 2016's latest adaptation of Hirohiko Araki's manga in Part IV: Diamond is Unbreakable. An early look at next week's issue of Shonen Jump has offered a preview of the latest series visual, character designs and plans to release omnibus editions of the manga.

Running in Weekly Shōnen Jump from 1992 to 1995, collected in volumes 29-46 of the manga, the story revolves around Stand-related horrors and mysteries abound in Morioh, a town in S-City, M-Prefecture. 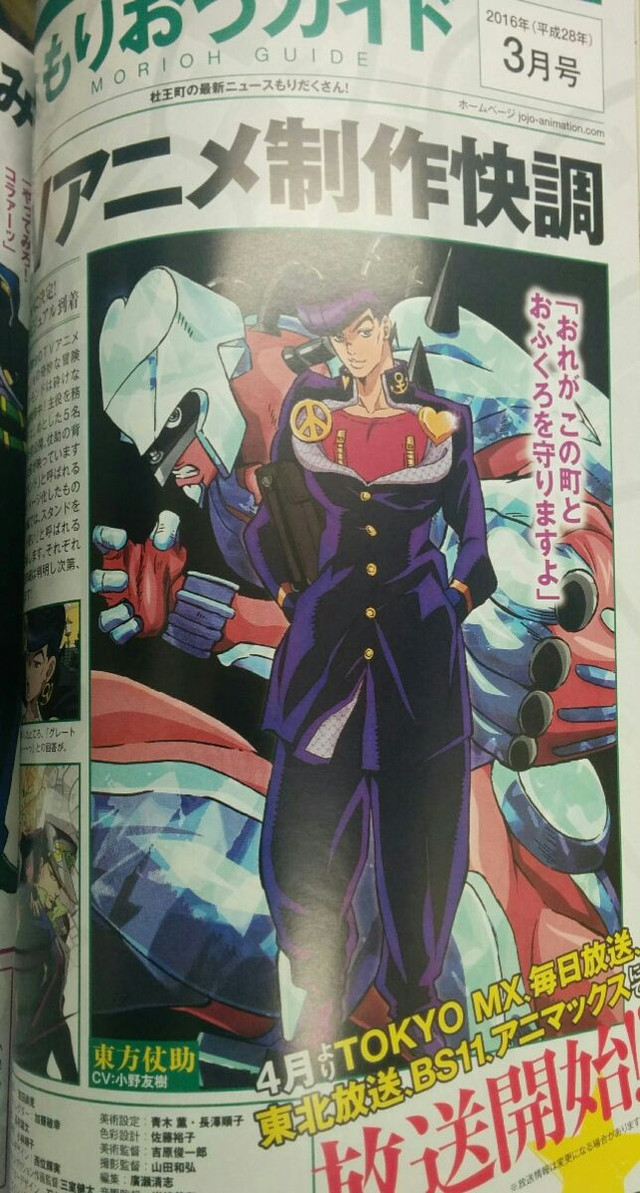 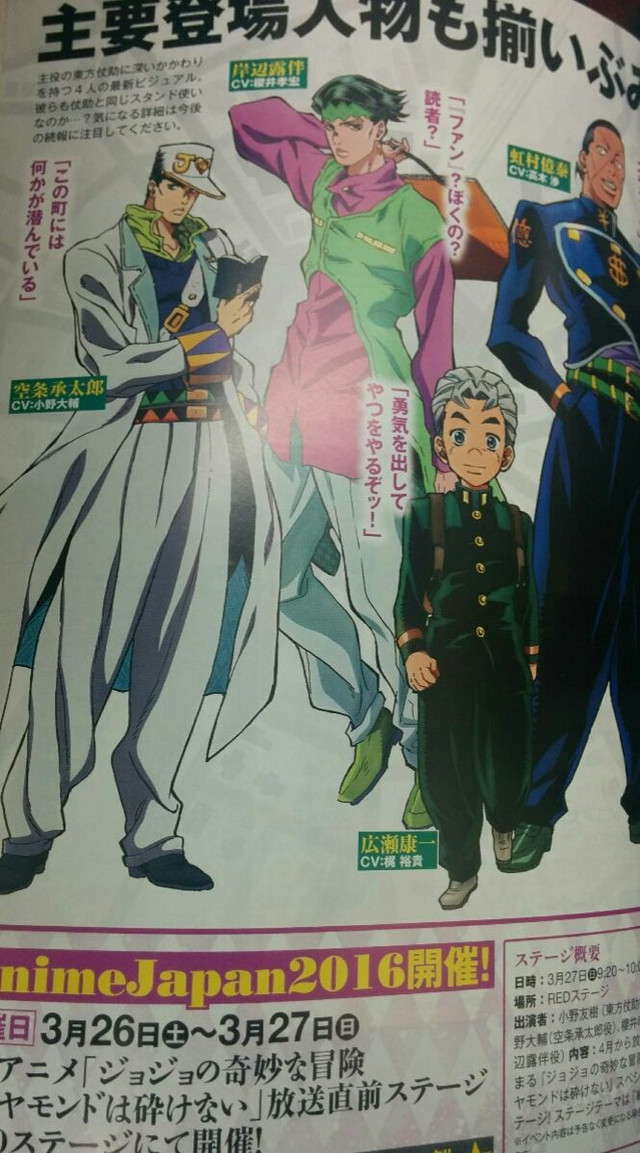 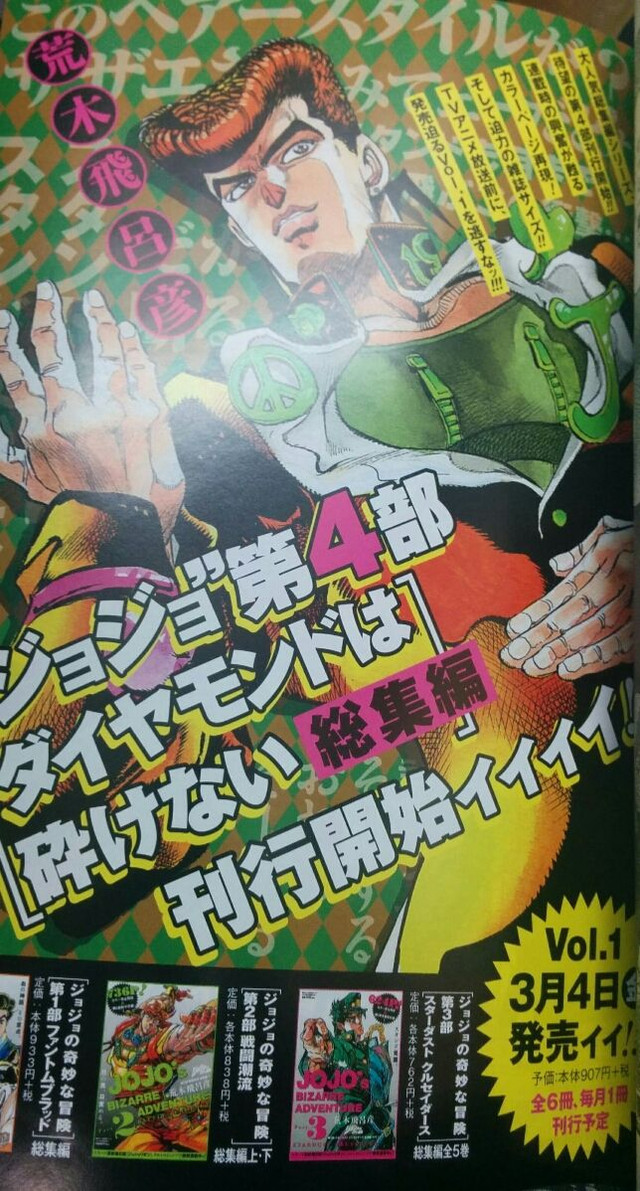