The players can use characters from many popular anime series 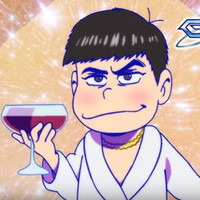 Bushiroad has posted a 15-second CM for its online card game GeneX featuring the six Matsuno brothersfrom the ongoing Osomatsu-san/Mr. Osomatsu TV anime. The game started its service for Android in December 2015 then for iOS in January 2016. It is a renewal version of the company's trading card game FIVEqross. Players can use characters from many popular anime series, including Is the Order a Rabbit?, YuruYuri, Steins;Gate, Detective Opera Milky Holmes, and Osomatsu-san.

In the latest CM which has been aired on Japanese TV since February 22, the second brother Karamatsu (CV: Yuichi Nakamura) announces his participation to the game.