Trailer for Zombie Apocalyptic "I am a HERO" Prequel Web Drama

"The Beginning Day" will be streamed on April 9 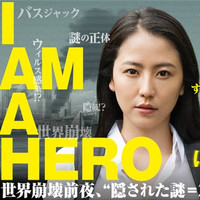 Two weeks before the theatrical release of the feature film adaptation of Kengo Hanazawa's zombie survival manga I am a HERO in Japan, NTT DoCoMo's online-video service dTV will start streaming its prequel web drama I am a HERO: Hajimari no Hi (The Beginning Day) on April 9. 28-year-old Masami Nagasawa stars as Yabu/Tsugumi Oda, who also appears in the film. Through her experience as a nurse, the web drama explains how the zombie pandemic spreads across Japan.

Toshikazu Nagae, best known as the writer/director of Paranormal Activity 2: Tokyo Night, is attached to direct under the supervision of the manga author. Same as Tokyo Night, the web drama is filmed in POV style.

"I am a HERO: Hajimari no Hi" trailer (Warning: the video contains gore and violence)

The manga has been serialized in Big Comic Spirits since 2009. Its total print run has reached 4 million copies,

ghouls called "ZQN." The protagonist Hideo Suzuki, who works as a manga assistant and has a shotgun for clay 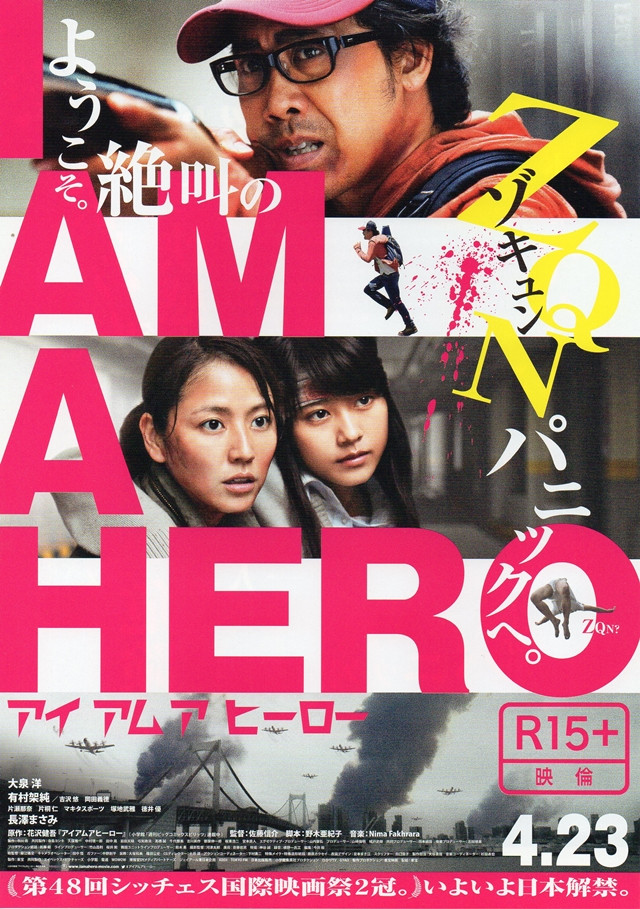 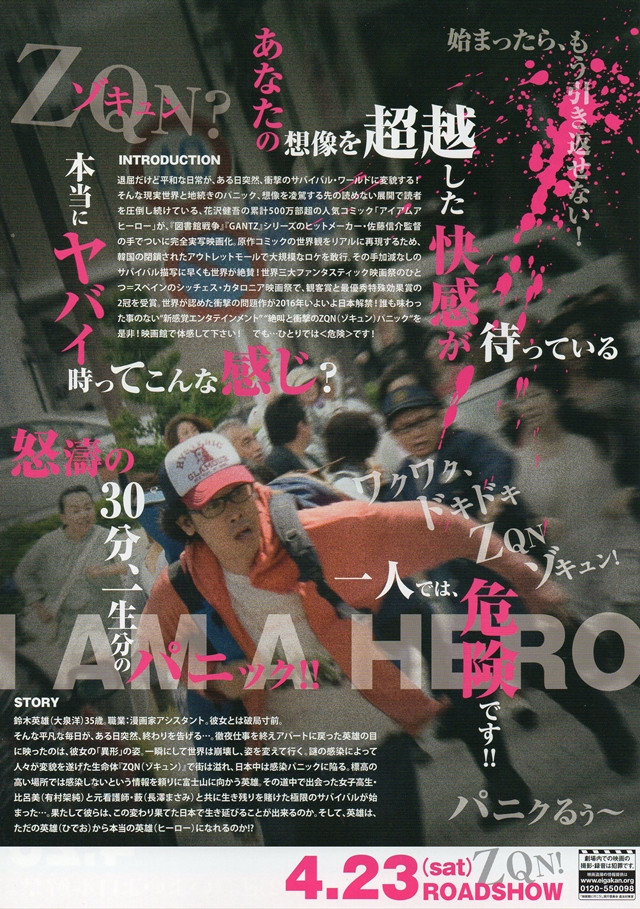 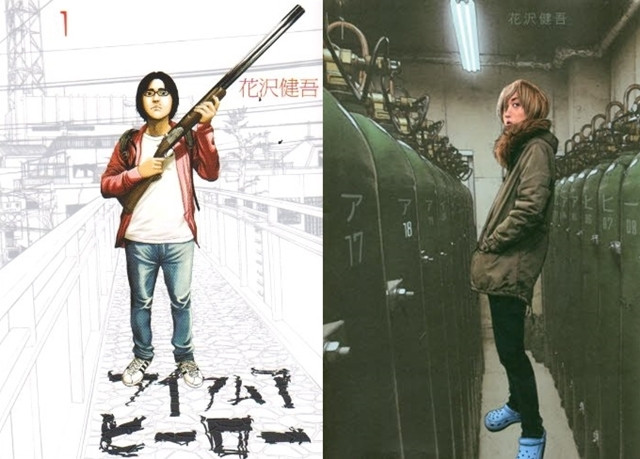 © Movie "I am a Hero" Production Committee © Kengo Hanazawa/Shogakukan