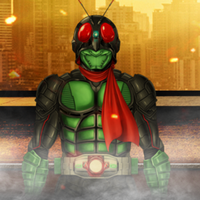 Takeshi Hongo / Kamen Rider # 1 (portrayed by actor Hiroshi Fujioka) is teaming up with the Tokyo Metropolitan Police Department in a public service campaign encouraging people to fight the evils of addiction and drug abuse.

The campaign will include posters featuring Kamen Rider #1 declaring that "The new enemy is dangerous drugs!" and encouraging readers to fight to protect themselves from the temptations of illegal drugs. 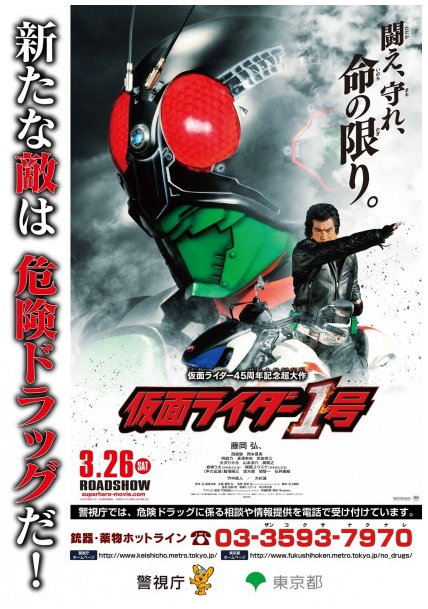 The promotion is aimed at raising awareness about the dangers of drug abuse, a problem that especially effects urban men in their 40's and 50's, who make up some 60% of the people arrested on drug-related charges in Tokyo. The posters will be on display in the Tokyo area in locations such as police stations, community centers, and shopping malls beginning at the end of February.