"Serious infringement upon the rights of the copyright holder" 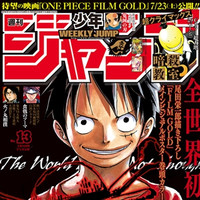 The public trial for Takehisa Hidaka, a 70-year-old Japanese employee at a delivery company, was opened at the Kyoto District Court on March 1. The defendant was accused of stealing copies of the Shonen Jump magazine before it was distributed. The Kyoto Prefectural Police arrested him and four Chinese men on suspicion of copyright infringement on November 13, 2015. The Court sentenced the defendant to 10 months in prison (suspended for three years).

According to the previous report by the police, the defendant stole a copy of the 49th issue of Shueisha's Weekly Shonen Jump while delivering them from a printing factory to another delivery company, and gave it to one of the Chinese at a parking lot. Then other three scanned the latest chapter of Eiichiro Oda's One Piece and uploaded it onto the pirate manga website "mangapanda" on October 29, four days before the issue's official release day.

The judge Mikiko Watanabe acknowledged that he played an important role in the crime, and also pointed

out that it was a serious infringement upon the rights of the copyright holder, since the (stolen) manga were

translated and distributed online for free. Other four Chinese are still on trial.

As we reported several times, posting magazine pages or articles onto the net before its official release date

is illegal and crime. Shueisha estimates the total financial damage caused by the piracy in the past five years

Man Arrested for Selling One Dollar Bills with "One Piece" Images