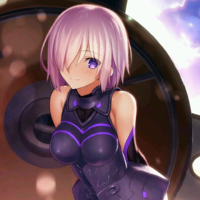 Major anime industry trade show AnimeJapan 2016 is slated for March 25-27, and event presentation listings have fans speculating that an announcement of an adaptation of smartphone game Fate/Grand Order might in the works. In addition to a booth, presented by FGO Project with gaming demos, photo shooting corner, displays of illustration and visuals, and original item sales, a March 27th Red Stage presentation has fans thinking about the possibility of the "hot news" to be revealed by FateProject.

There are also rumors of news about the ufotable anime movie adaptation of the Fate/stay night visual novel's "Heaven's Feel" route planned for the AnimeJapan, then the Machi Asobi media event held in ufotable's home town of Tokushima in May. 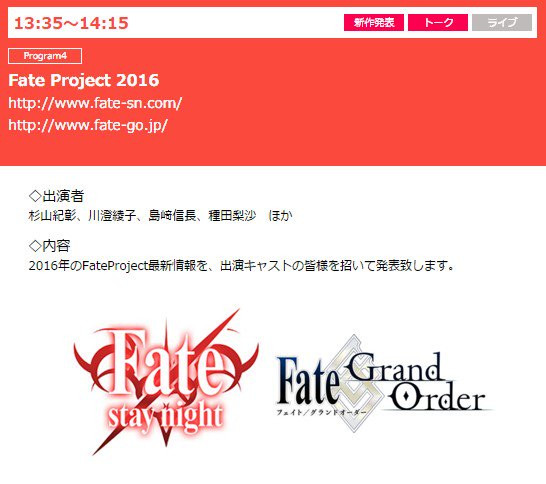