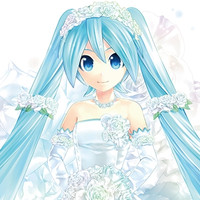 The 3,900-yen (about 34 US dollars) set includes three papers (two for submission, one for a memory), which can be used for official registration at government offices in Japan. In addition, the papers even have a space to write the marrying couple's favorite songs. And if the last number of your order number is either of 3 or 9, you get an A4-size clear file featuring the Bride Miku illustration. 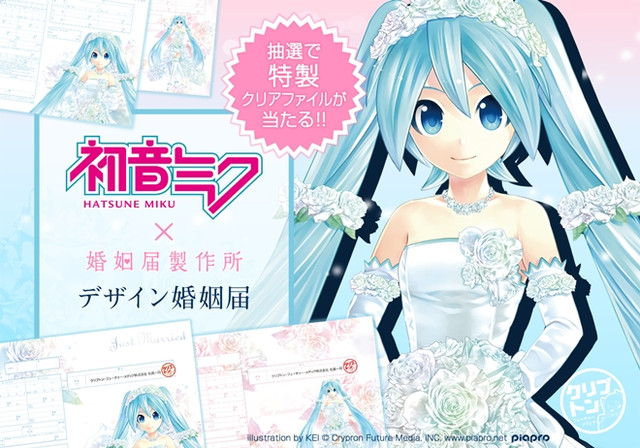 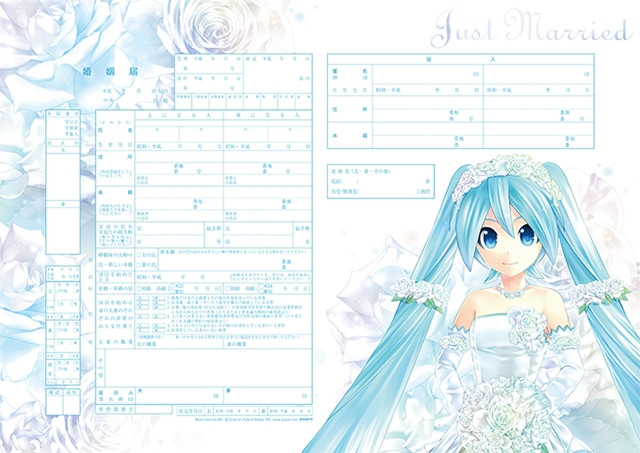 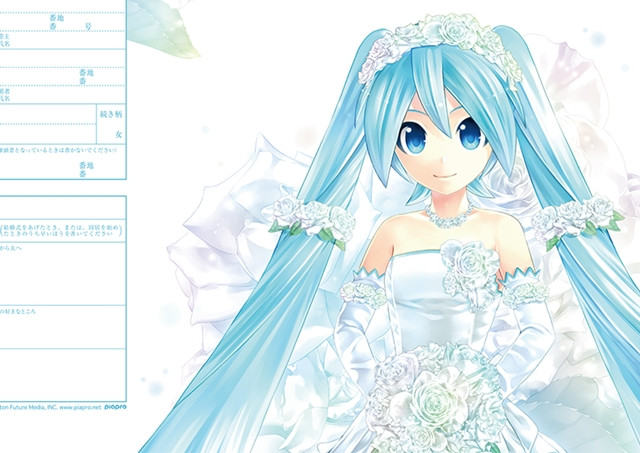 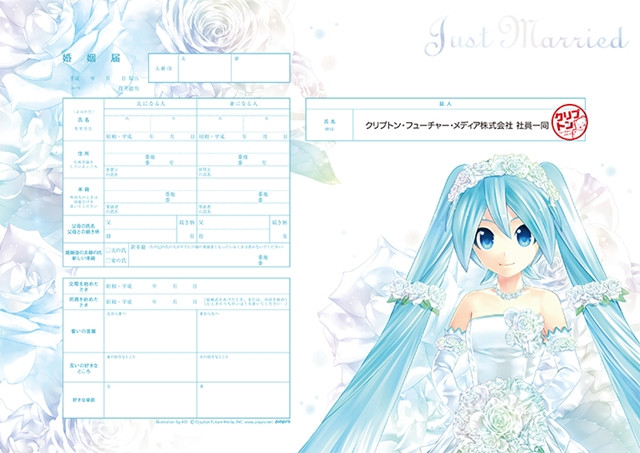 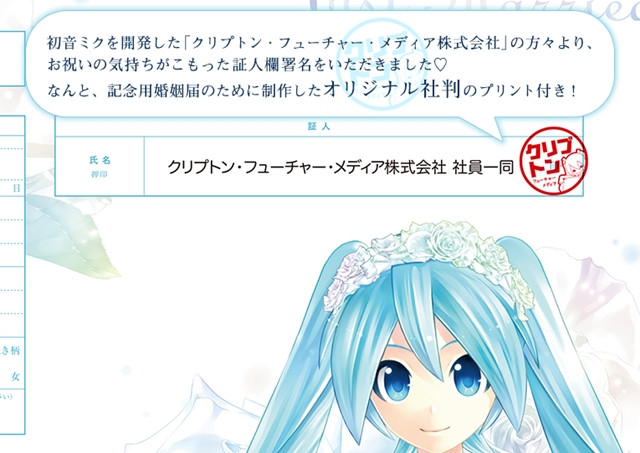 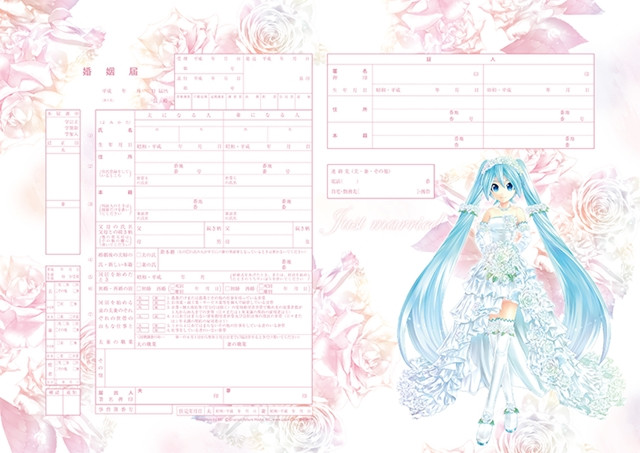 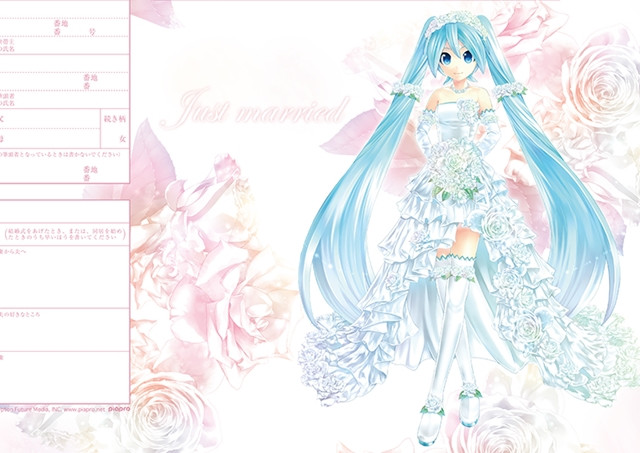 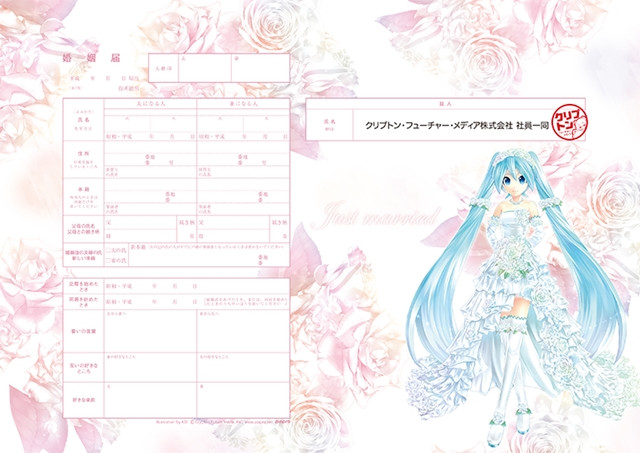 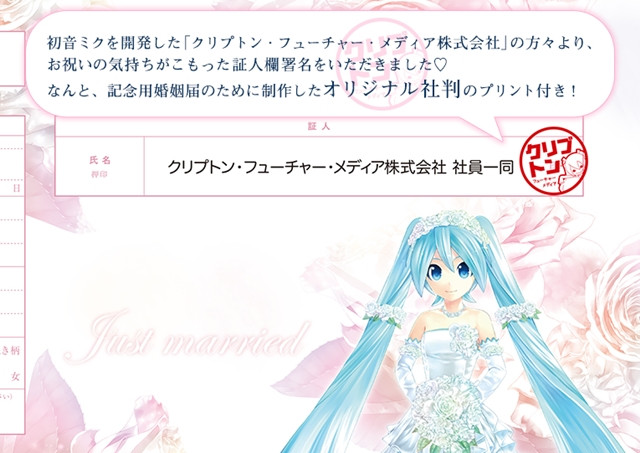 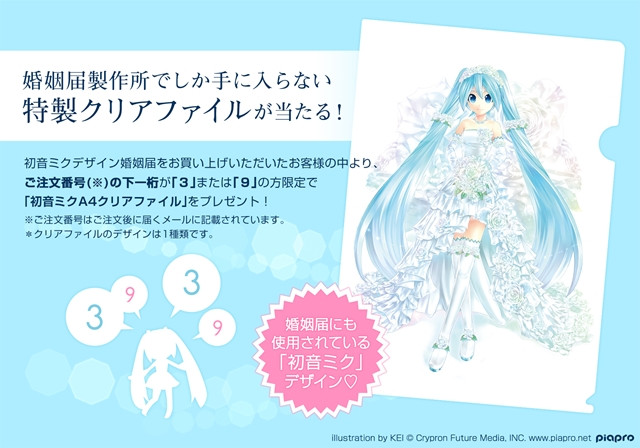