Polygon Pictures, who worked on Knights of Sidonia, produces the project 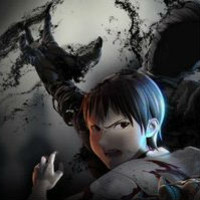 Streaming service Netflix has begun listing an April 12th premiere date for the TV anime adaptation of Gamon Sakurai's Ajin sci-fi action horror manga series. The series has been adapted into a trilogy of movies and a TV anime, the latter of which is running this season on MBS and TBS. Polygon Pictures, who worked on Knights of Sidonia, produces the project.

A teenager discovers that he is an Ajin and flees before the authorities experiment on him. Other Ajin plan to fight back and he must choose a side.

The second part of the anime film trilogy, "Shoutotsu" (Collision), will get a limited theatrical run in Japan for three weeks starting May 6 and that the third part, now officially titled "Shougeki" (Impact), will follow on September 23. The first part "Shoudou" (Impulse) was screened at 30 theaters across Japan for a limited time of two weeks from November 27, 2015.