Meet The Cast Of "Kiznaiver" In Spring Anime's Character Commercials

Next weekend, anime fans in America's North East will get a chance to see the world premiere of Trigger's new anime at Anime Boston 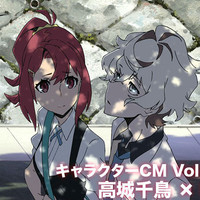 Next weekend, anime fans in America's North East will get a chance to see the world premiere of Trigger's new anime, Kiznaiver, at Anime Boston. The series will then be streaming this spring on Crunchyroll. In the meantime, a series of character introduction commercials have been posted online.

The new sci-fi action series Kiznaiver is directed by Hiroshi Kobayashi, who helmed several episodes of Tiger & Bunny, Vividred Operation, Yozakura Quartet, TRIGGER's own KILL la KILL, and recently served as second director for Rage of Bahamut GENESIS. It will be his TV series directorial debut. Mari Okada, best known for her series writing composition for Anohana: The Flower We Saw That Day and Hanasaku Iroha, provides scripts.