RPG launches on Nintendo 3DS in the west this summer 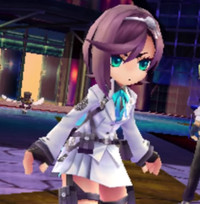 Between present-day Tokyo, ancient Atlantis, and futuristic Eden, timelines play a major role in Sega's 7th Dragon III Code: VFD, which is coming to 3DS in the west this summer. Explore the various settings in the new Timelines trailer below, followed by a quick rundown of each.

One Piece: Pirate Warriors 4 Slices Away with Kin'emon Gameplay Video