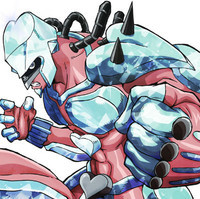 France's Anime Digital Network has announced plan to stream the fourth JoJo's Bizarre Adventure anime, Diamond Is Unbreakable. With the news, they have listed that the series will run 39 episodes.

Debuting April 1st, the anime will adapt the manga that ran in Weekly Shōnen Jump from 1992 to 1995, collected in volumes 29-46 of omnibus JoJo's. It revolves around Stand-related horrors and mysteries abound in Morioh, a town in S-City, M-Prefecture (basically author Hirohiko Araki's hometown of Sendai, Miyagi prefecture).