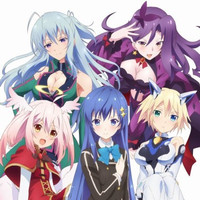 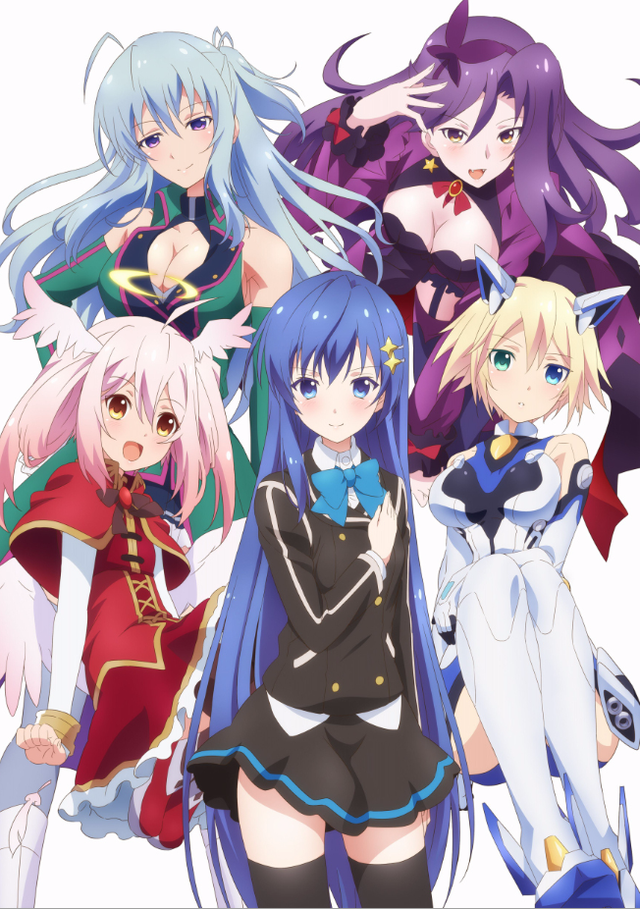 The full staff and cast have been revealed for Ange Vierge, a TV animation based on the Japanese trading card game published by Media Factory and Fujimi Shobo (both subsidaries of Kadokawa). The staff for the anime includes:

The cast for the anime includes: 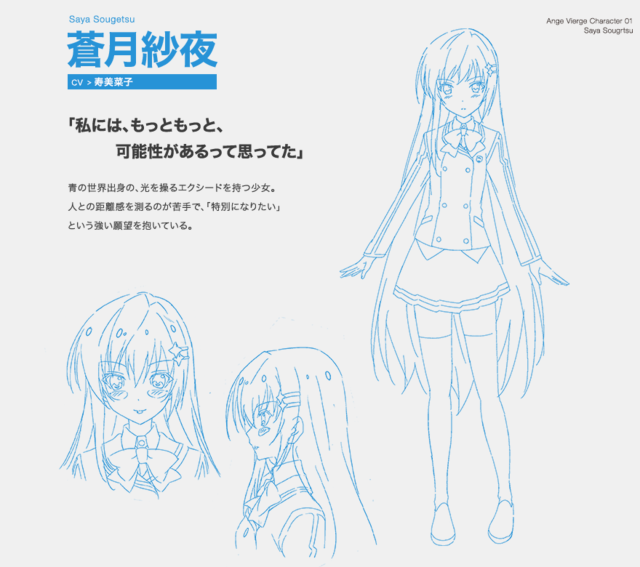 Minako Kotobuki as Saya Sougetsu, a girl from the blue world with the ability to manipulate light. Minako is bad at gauging the emotional distance between people, but nonetheless her personal motto is "I want to become someone special." 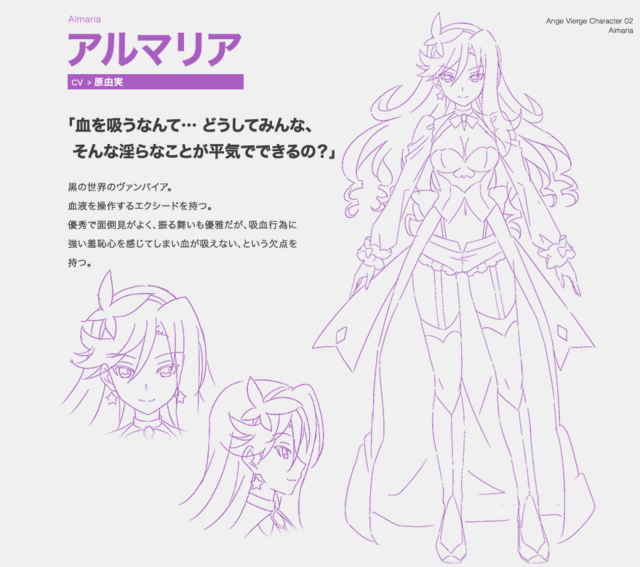 Yumi Hara as Almaria, a vampire from the black world with the ability to manipulate blood. Almaria is a caring and graceful person, but her vampiric need to feed causes her considerable embarrassment. 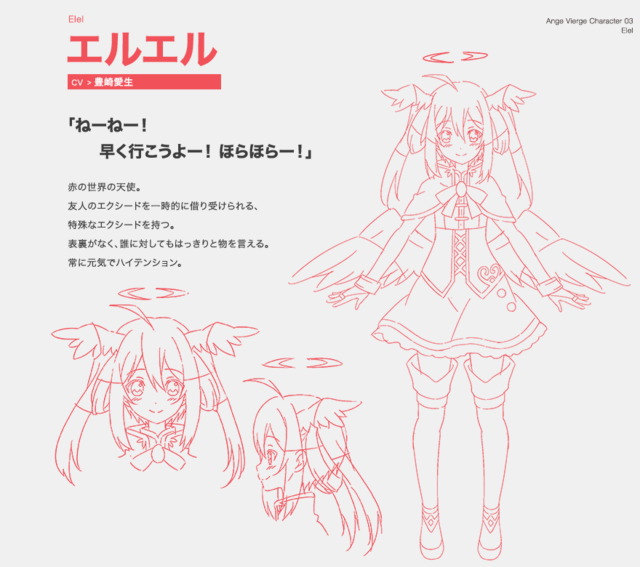 Aki Toyosaki as Elel, an angel from the red world with the ability to temporarily borrow the special abilities of her companions. Honest to the point of being blunt, Elel is energetic and a bit high-strung. 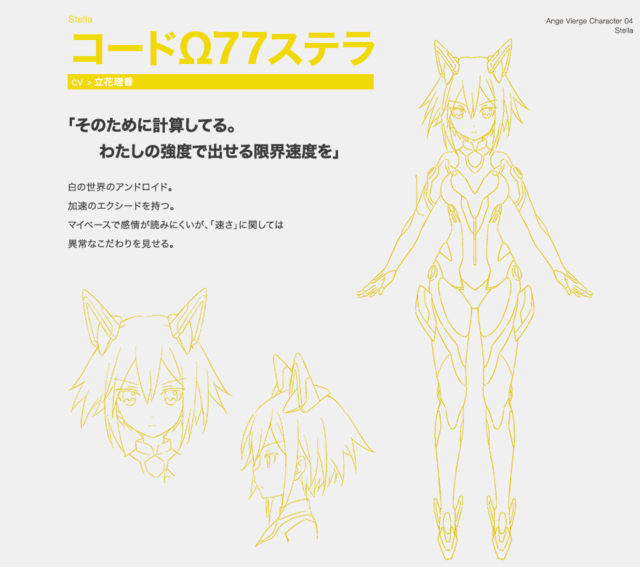 Rika Tachibana as Code Omega 77 Stella, an android from the white world with the ability to manipulate acceleration. Stella lives at her own pace and her emotions are difficult to read, but she has a particular passion for speed. 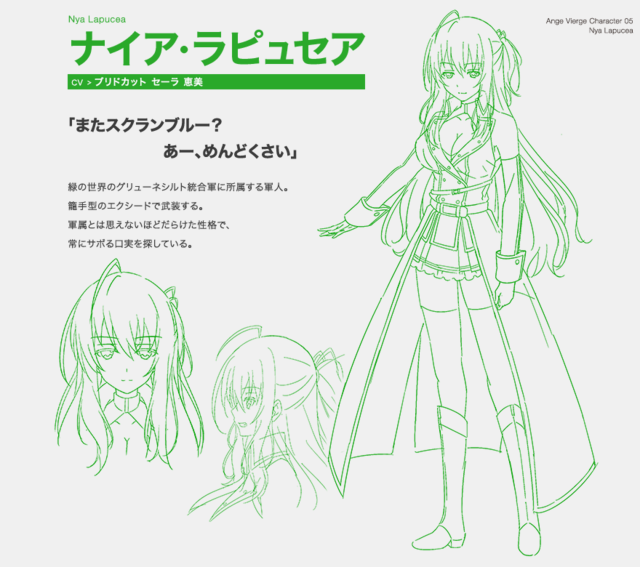 Sara Emi Bridcutt as Nya Lapucca, a soldier from the green world attached to the Grünesilt military. Her ability takes the form of a special gauntlet, which she wields as a weapon. Nya has an extremely lazy disposition and is always looking for an excuse to avoid work.

Other cast members announced include: 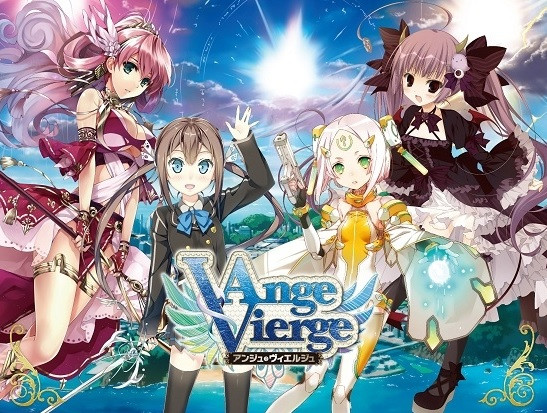 Ange Vierge is set in a fictional universe where the spontaneous opening of dimensional portals to alternate Earths has awakened magical powers in young girls. These girls use their newfound abilities to protect their home worlds from destruction. The Ange Vierge TV anime will begin its Japanese broadcast in July of 2016.