"Uppers" Ups the Ante with Playable Daidōji from "Senran Kagura"

PS Vita beat 'em up launches in Japan on July 14 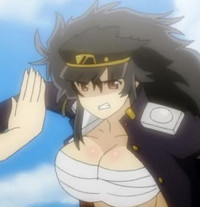 Marvelous' delayed PS Vita brawler Uppers has plenty of delinquents doing battle and wooing ladies, but that doesn't mean there isn't room for more. According to this week's Famitsu magazine, Daidōji from Senran Kagura is getting transported through space and time to duke it out with the rest of the cast on Last Resort Island.

Japan will also be getting a second demo on March 31, with discounts on the full game available to those who download it.