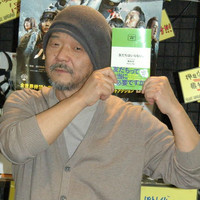 Ahead of the spot's TV debut this week, Toonami's parent Adult Swim and block co-creator Jason Demarco have posted an early look at an ID video from anime legend Mamoru Oshii, the director of classics from Urusei Yatsura to Ghost in the Shell.

TFW you get the director of one of the greatest anime ever made to make a thing for your TV network pic.twitter.com/3nrJ1KCSOc