"Final Fantasy XV" Gets a Prequel Anime from A-1 Pictures, Official Launch Date 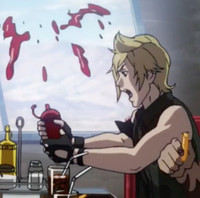 Square Enix had its big Uncovered event tonight, and despite some leaks that spoiled the surprise, they officially announced a September 30 launch date for Final Fantasy XV. That's not all, though. In addition to a handful of video reveals and announcements we'll get into greater detail on later, there's also a five-episode anime prequel produced by A-1 Pictures (Sword Art Online).