Episode will be available for one week 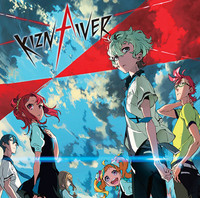 Crunchyroll is getting ahead of the looming excitement of Trigger's Kiznaiver anime with episode 0! The special episode is set to stream starting April 2 at 8:30am PT, AKA right now.

Kiznaiver episode 0 will be available for only one week to Crunchyroll members worldwide excluding Asia and French- and German-speaking Europe.

Join the Japanese cast of KIZNIAVER as they talk about their experiences and thoughts about voicing their characters, as well as catch a sneak peek of the animation!