"Hunter x Hunter" To Be Broadcast On Toonami 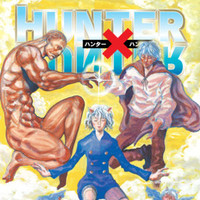 Met with some incredulity due to its April 1st reveal, Viz/Shonen Jump and Toonami have announced that the Adult Swim block will be carrying the the 2011 adaptation of Yoshihiro Togashi's action manga Hunter x Hunter starting Saturday, April 16th.

Leads for the English dub include:

It Is Official! #HunterXHunter is going to be on #Toonami pic.twitter.com/XTq1rwRB6U

Here are some quick captures from the #toonami bump pic.twitter.com/LuBrFJzUCu

EDIT #HunterXHunter is going to be on #Toonami April 16th. @shonenjump someone is excited.

FEATURE: Don’t Let the Smile Fool You, These 7 Kindhearted Anime Characters Can, and Will, Annihilate You