More than double of their official sales 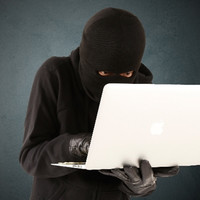 According to the latest report from CODA (The Content Overseas Distribution Association) posted on their official website on March 31, the damage caused by piracy of Japanese films, anime, broadcasting programs, music, and manga outside of Japan in 2014 was estimated at 288.8 billion yen (about 2.5 billion US dollars), which was more than double of the sales through legitimate distribution routes of the year, 123.4 billion yen (1.1 billion US dollars).

CODA is an association of major Japanese contents holders and copyright-related organizations established in 2002 to cooperate to reduce piracy of Japanese contents around the world. Based on the request from the Economy, Trade and Industry Ministry of Japan, CODA conducted the survey with its 33 member companies.

that were officially licensed overseas. The potential damage on the titles that were not licensed is not included.

CODA says in the report, "We are looking to expand our efforts to implement effective measures against copyright

infringement in foreign counties and to establish environment for the legitimate products' distribution routes."