Next actor to be revealed at the $130k mark 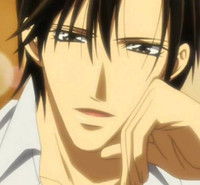 It was just yesterday that we updated on the Kickstarter campaign for the Skip Beat! North American DVD release, which will include an English dub. Since then the crowdfunding efforts have passed the $120k mark, which means it's time for another cast member announcement.

First there was Erica Lindbeck as Kanae Kotonami, then Grant George as Sho Fuwa. The third addition puts Robbie Daymond (Tuxedo Mask in Sailor Moon Crystal) in the role of Ren Tsuruga.

At the time of this writing the campaign is at $122,468 of a $155k goal with nine days remaining. The next announcement unlocks at $130k and will reveal the voice actor behind Yukihito Yashiro.