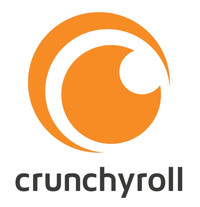 Another big bold chapter in the saga of Crunchyroll begins today with word that CR has formed a strategic alliance with KADOKAWA, makers of some of Japan’s best anime and manga. What does this mean for the future?

Turns out, a lot of good stuff! To quote from the original press release:

The strategic alliance between Crunchyroll and KADOKAWA involves, among other initiatives, (i) KADOKAWA’s licensing to Crunchyroll exclusive rights for the worldwide distribution (excluding Asia) for KADOKAWA’s slate of upcoming anime titles for the upcoming year, (ii) co-financing by Crunchyroll in KADOKAWA’s anime titles to be produced in the future and (iii) comprehensive marketing collaboration between KADOKAWA’s publishing business and Crunchyroll’s distribution platform business. Both parties regard the alliance as an important first step towards possibly further expanding relations in the future.

To bolster KADOKAWA’s planned formation of a publishing joint venture with the major U.S. publisher Hachette Book Group, specializing in manga and light novels (scheduled for May), Crunchyroll and KADOKAWA will seek to strengthen their relationship through a marketing campaign with the book publishing and anime distribution businesses, as well as joint efforts to expand relevant merchandising businesses, in order to maximize the growth potential of Japanese content in the North American market.

Says Kun Gao, GM of Crunchyroll, on this auspicious occasion, “The hunger for compelling anime, manga and light novel content is growing at an astounding rate throughout the world, and KADOKAWA has always been at the forefront of creating that content. We look forward to working closely with KADOKAWA to provide Crunchyroll fans with access to the anime, merchandise, and books that they have demonstrated they want time and again.“

So there you have it: Crunchyroll and KADOKAWA working together on anime (distribution and co-financing) and publishing with a few endless possibilities opened up for good measure. Join us for the ride!