It might be a good sign that this season's original anime is already inviting speculation, sort of along the lines of another mysterious show that shares half the name 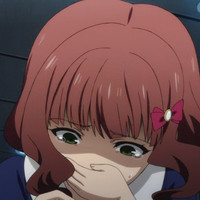 It might be a good sign that The Lost Village, this season's original anime from director Tsutomu Mizushima (Shirobako, Girls und Panzer) and Mari Okada (Anohana) at Diomedéa, is already inviting speculation, sort of along the lines of another mysterious show that shares half the name.

30 young men and women who came together on a shady bus tour. The tour's destination: an illusive, possibly nonexistent village called Nanakimura. In Nanakimura, one can lead a utopian existence, free of the world's obstacles … or so it was rumored, like an urban legend.

"In despair over the real world ... wanting to escape the tedious daily life … wanting to restart your life from scratch…"
The bus headed deep into the mountains, carrying 30 people each harboring their own expectations and wounds in their hearts…
And so, the place these 30 arrived at, was an uninhabited village with the lingering faint scents of life, even though it was falling apart.

The thinking is, if you go back from the fourth visual to the first, you get a preview of who will be denying/disappearing when.