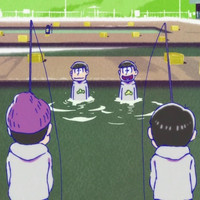 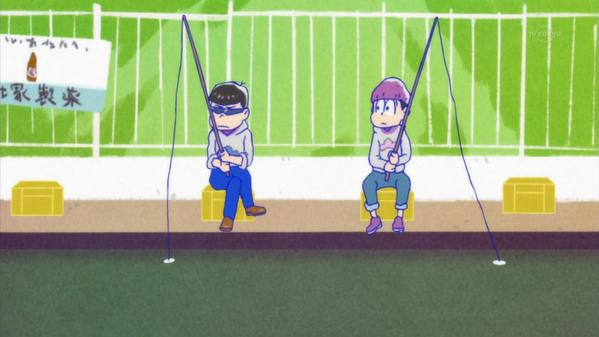 Visitors who came to the Ichigaya Fish Center in Shinjuku, Tokyo, Japan at around noon on April 13, 2016, caught more than just fish: they also caught a glimpse of six actors in full kigurumi costumes playing the sextuplet brothers of the Matsuno family from Mr. Osomatsu.

It turns out that the Matsuno siblings were visiting the fishing pond (and a nearby Tower Records in Shibuya) as part of a photo shoot for the upcoming "Mr. Osomatsu Special" issue of Monthly Newtype magazine, which is published by Kadokawa.

The "Mr. Osomatsu Special" issue of Monthly Newtype magazine will go on sale in Japan in May of 2016.

Source: IT Media News via My Game News Flash